Another visit to the British GT, but my first visit to Snetterton and the tranquil turns of this central Norfolk circuit.

Alright, so they were not so tranquil especially due to the 30 or so cars that were lined up on the grid for this the pen-ultimate round of the 2016 British GT Championship.

I had taken in the sights and sounds of the British GT at the Silverstone 500 earlier in the year, and thoroughly enjoyed shooting the vast field of sports car beasts as they toured the Northamptonshire tarmac, so I knew what I was getting myself into in regards to the subject.

But there is always a challenge to this photography lark, and shooting in new surroundings is always going to need an acute eye and some quick thought to map out where those shots are coming from. It also involved a lot of dust.

…it does have it’s saving graces; the coloured chicane is one of them

As this was a fresh bag, figuring out the circuit was first on the agenda. Plenty of areas to view from and all within easy access along well signed routes. I could have shot from the outside of the circuit, using the raised banks for some decent angels down on to the track, but instead chose to shoot closer to the cars from the infield.

Snetterton has low fences, which is a welcome change. On the flipside, Snetterton is also pretty flat. Heck, Norfolk is pretty flat! 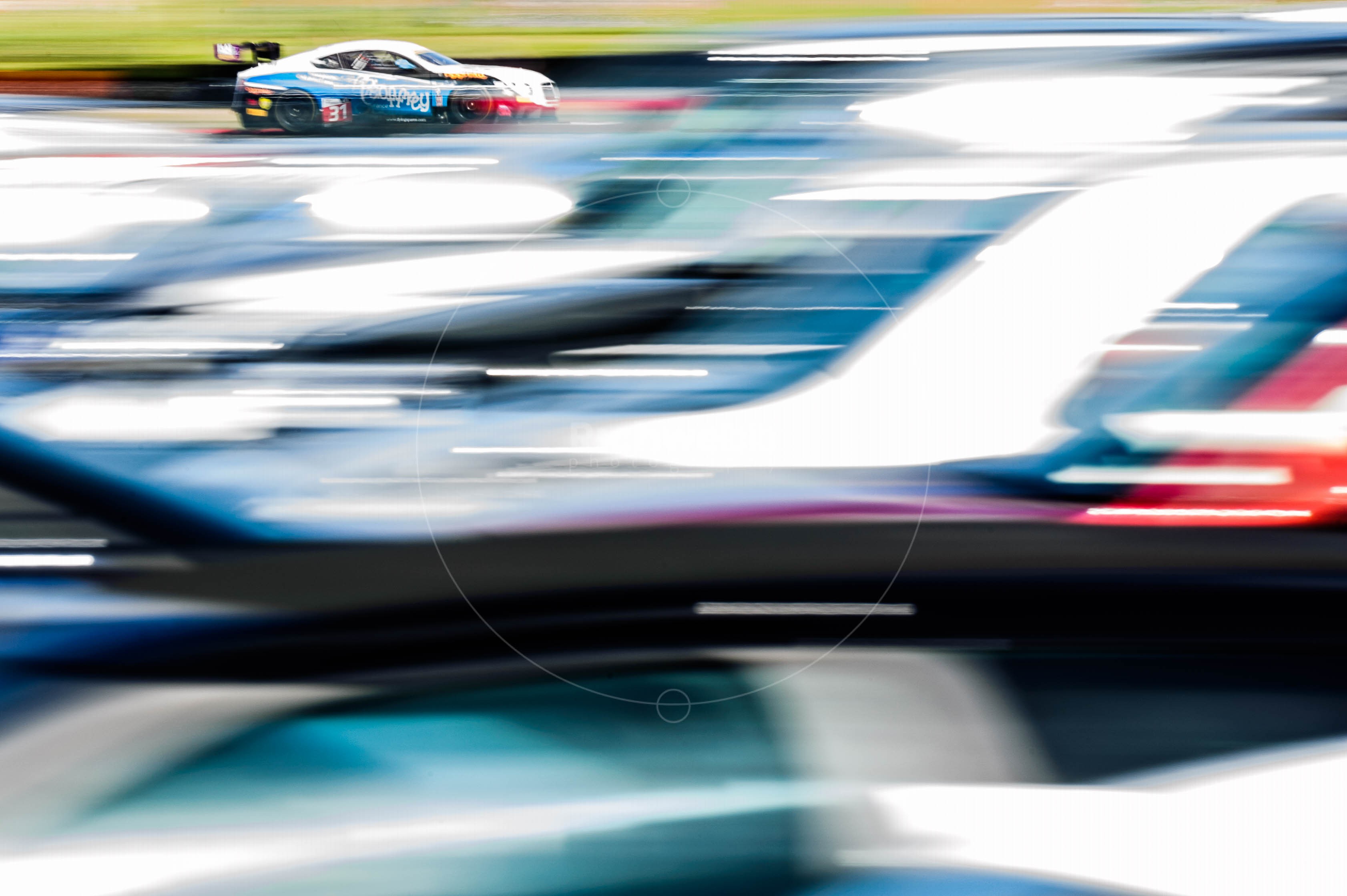 So with the sun pounding down, dissolving the morning clouds into those massively open skys, I found a couple of spots to practice a bit of panning as the GT’s lapped for the first race of the day.

There were other races on, but due the nature of this level circuit, I didn’t want to shoot too many of the same angles… I could have easily ended up with 900 shots of close up apexs so I had to control the trigger finger in that regard.

Biding my time was the sensible thing to do, and using the surrounding ‘elements’ together with varying slow shutters, I got a little experimental with panning through objects…spectators legs, the car park, wide angle with lots of distance…I even managed a few at 1/3 of a second.

Pretty slow for me, pretty chuffed with that effort.

Like I mentioned, one of the perks of Snetterton is how close you can get to the cars, especially on the high speed Bentley Straight. Standing about 4 meters away from a 130mph flying machines and trying to pan with it is a challenge, but great for honing those skills.

While Snetterton my be devoid of spectacular features; there is no focal building or large grandstand full of colour and flags, and that really tests your creativity, but it does have it’s saving graces; the coloured chicane is one of them. Not often do you get to try and include such a vibrant features in your images in the UK. I like that a lot – a real hint of the exotic.

A pit walk added opportunity to shoot few behind the scenes details of the cars. It would be a wonderful opportunity to be able to really focus on the finer points of these cars, as the technology and detail is awesome, so I’m hoping the final leg of the series at Donnington will provide.

Hopefully it won’t be so dusty either.

I hope you enjoy my efforts.

0 Thoughts on The dust of Norfolk.