It’s not often that you get to explore the angles and architecture of the Silverstone wing.

That monolith of a building, spectacular and proud, is the stuff of important people; sponsor types, media operatives and corporate luvvies.

It’s looked upon by us mere mortals as a grail, an aim; One day, I might get to shoot on the wing…

So when I arrived for my second Britcar Series experience, I was pretty excited to be told to drive round to the wing and park in the infield.

Was I in the right place? Why were we being directed to the wing? I was perplexed by this unexpected direction, but sure we wouldn’t be allowed in it.

Happy to be wrong.

Suddenly, enthusiasm was on tap for an afternoon of motorsport.

New angles to explore, windows, shapes, colours, and of course, being able to photograph the race from the left side for a change!
My first experience of Britcar at Donington wasn’t too great, so it was with a certain hesitation that I made my way up to ‘the local’ for this 2 hour endurance meet. I wasn’t expecting too many cars, nor was I expecting to get such a great opportunity to photograph the action. I’m very glad I made the effort on this occasion.

You win some, you lose some. 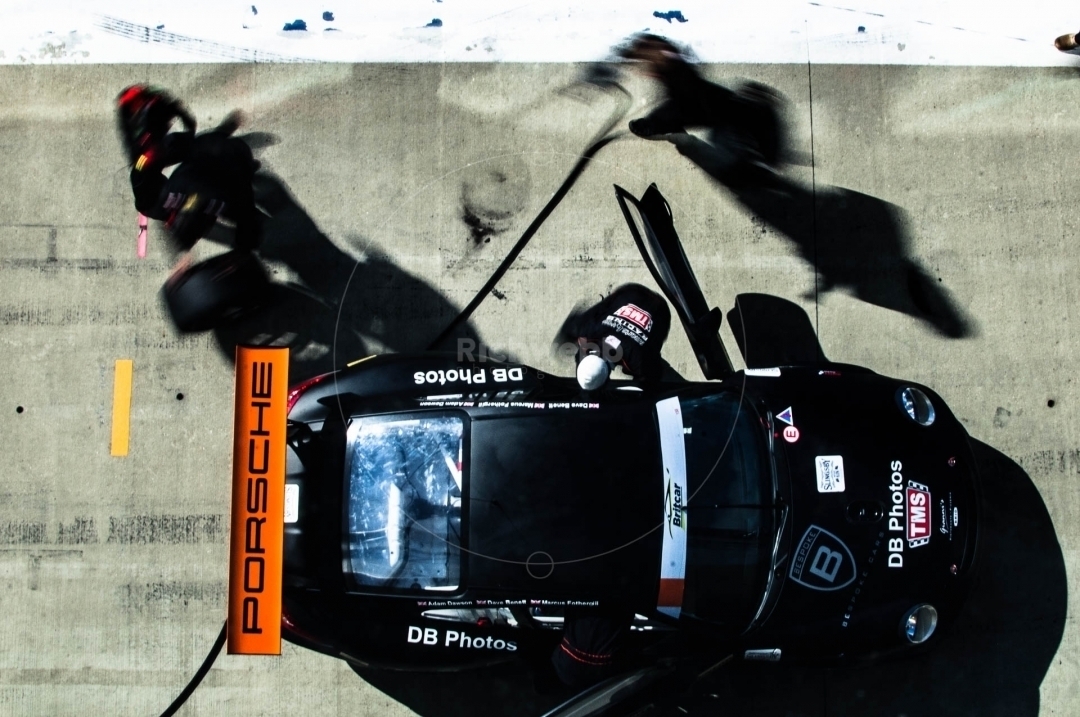 With a healthy grid present, couldn’t complain about the variety if subjects to shoot. Sure a few of the cars were a little less attractive due to a lack of livery, but the variety of motors made up for that.

Two sprint races preceded a 2 hour endurance that was action packed – I even managed to capture my first collision, through blind luck rather than judgement mind you.

The main attraction over this weekend however, had to be the the opportunity to shoot on the wing.

Looking over the pits, watching the approach and finding angles and variety I have until now only viewed from the other side of the fence, was a real pleasure.

I chose to challenged myself, and only shot from the wing or in it’s close vicinity. Fresh and new for me.

Sure, I’ve taken ideas from other images I’ve seen, captured by the pros in similar locations, but just to be given an opportunity to see what I could produce was mostly excellent.

I loved every second of it, and even took some time to enjoy the view. The racing looks great around Club from up there on the plinth. How a simple change of scenery can inspire you from time to time.

0 Thoughts on Working the Wing.