Make it easy for yourself.
Expose for the highlights.
2016 Events 15th April 2016
Share

Four wheels better than two. Or is it?

After the fun and experience of the BTCC the weekend before, we were off to the BSB 2016 and the first race of the new season at Silverstone.

I’ve never really been into bikes much if I am honest, but the tickets so it would be rude not to make the most of them and go and enjoy some racing of the two wheeled variety, and of course take the opportunity for a bit of photo practice.

The event wasn’t as busy as I had expected, possibly down to the weather that always seems to grace Silverstone’s perfect plain, so settled down with a coffee to first of all take in a bit of the action, before attempting to capture a few frames of the high speed action.

Only just have got to grips with my new hardware the week before, I knew that this would be another challenge; cars are fairly easy to aim at, and remain pretty static as they lap a circuit. Bike on the other hand are much more dynamic in their racing, with a lot more movement as they turn, which I hadn’t really anticipated.

So despite many shots taken initially, I didn’t get too much success straight away. 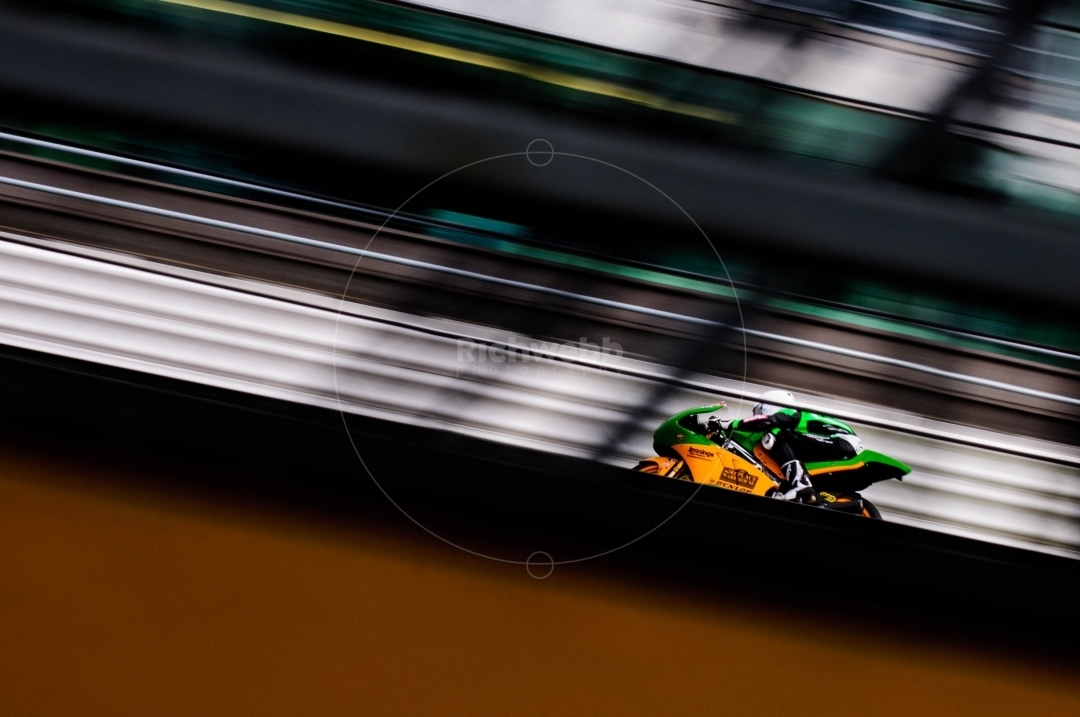 I also noticed another key feature of bike racing, that I hadn’t even a slightest idea about, and only cottoned on to after managing to bag a few crisp(ish) images  around Copse corner and wondering where the rider had gone.

Bikes lean away from you quite a lot when your on the outside of the circuit. They get their knee down, and this makes for frustrating angles…especially when the riders disappear out of your composition, hiding behind the machine.

So with fast a frantic racing, these smaller targets that not only move about laterally on the track, but they also make themselves smaller, just for you to aim at. It made the photography element of the day, that much more difficult, especially with the relentless Silverstone wind picking itself up over the course of the afternoon.

Trying to balance on a 4ft wall holding a 5kg set-up, being blown about by the wind, while desperately attempting to pan with a bike turning right may not be everyones idea of a fun filled Sunday.

And I was bloody cold.

But I the experience shooting bikes was worth it, and certainly a subject I would shoot more of in the future if the opportunity arises.

0 Thoughts on The bikes only turn right.