To take my camera to the Grand Prix or not?

That was the question I asked myself, Thursday morning before the first of four straight trips up to Silverstone for the British Grand Prix weekend.

It was the Grand Prix. A banquet of creative opportunity where my nemesis of inspiration would be adorned with colour, shape and speed not seen anywhere else in the country.

It is the single biggest sporting event of the year in the UK, pulling in more than a quarter of a million fans over the duration; four days of atmosphere, passion and excitement, enhanced to levels unbound if the race serves up a treat as it did on the Sunday.

I must have been mad to have even contemplated not taking the camera…why would I do that? Why miss the opportunity?

Part of me felt like giving the punters pictures a rest, to go and actually enjoy all the racing and atmosphere, rather than worry about scurrying about on this aimless mission to capture pics for no reason what-so-ever.

After that Thursday afternoon session where we got to absorb 40mins of Masters racing, I again reiterated my desire to leave the camera at home. I wasn’t enthused in the slightest.

I procrastinated with my decision, and woke on the Friday having convinced myself that it would be better with the F1’s on track. It wasn’t fun as this wave of self loathing consumed me in the morning. I hated it all. I hated this ridiculous hobby, the endeavour of trying to create pointless images of cars, I hated the boring F1 and I hated being at Silverstone. I felt aggravated and unhappy.

So I sat in the sun, had a chinwag with Fozzy (who tried to run me over on his bike) grabbed a bite and a beer, in an attempt to clear my fuzzy head. 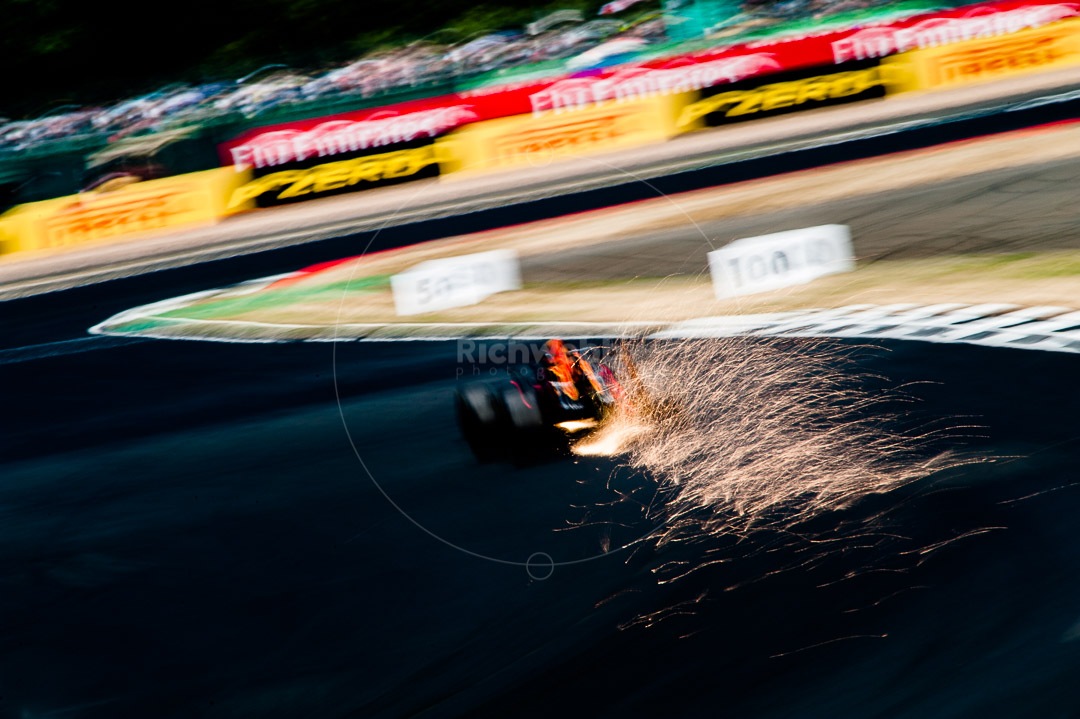 What was I thinking? This was the British Grand Prix! My one off opportunity for the year to try and create something different. To capture scenes of these world wide superstars and potentially gain a morsel of notoriety for them.

But I’m sat there in a grump after first practice, whining about people getting in the way.

This was the British Grand Prix! My favourite event of the year and I’m sitting there, griping about trivial crap. Have a word with yourself!

So I did. We got chips, I finished the chips, and got back on it.

In a Homer style epiphany moment, I realised that I had to make the most of the opportunity, or I would be kicking my own arse with the regret that I hadn’t. The sun was blazing, the cars glorious and you just don’t get to experience Silverstone in it’s pomp like this at any other time of the year.

Although I still boggle as to why I do it. Why do I involve so much effort, spend so much money and time, why do I carrying round a 5kg lump of glass, metal and batteries for no real purpose.

Am I chasing a dream or searching for fame? I don’t know. I don’t think so. I just like pictures.

What I do know is this; if I had made the choice to give up and put the camera in the bag, I wouldn’t have a gallery to show you, and it’s one I’m pretty bloody stoked with.

6 Thoughts on Prove Yourself.