So the British Grand Prix came and went, and it was good. Luckily, us Formula One enthusiasts were also treated to the lesser spotted in-season test the week after the Grand Prix, and a second opportunity to catch the cars lapping the plateau.

With action all-day Tuesday and Wednesday and tickets cheap, it was a perfect excuse to sample a bit more F1 action, and with the cars running nine through six, it provided plenty of opportunity to snap away; a little more relaxed than the hectic nature of the actual GP a few days earlier.

Or that’s what I thought.

Pumped for this bargain F1 experience (which included a pit walk on the Tuesday evening) I kitted up and traveled back to my home from home to practice a few techniques with these awe inspiring F1 beasts.

It wasn’t quite what I expected.

Due to the dress down of the F1 weekend, spectators at testing were restricted to only a small part of the circuit. A bit of a bummer, but fair enough. On the flip side, grandstands were open to all and that meant access to angles and vantage points not yet experienced.

I even hit my lens hood on the fence a couple of times, which made me look like a right goose.

So despite the lack of access to some of the juicy parts of the circuit, I get stuck in. With this being a test, it’s a perfect opportunity to try a few different things, to test out some techniques with these 200mph machines and make the most the track time available. 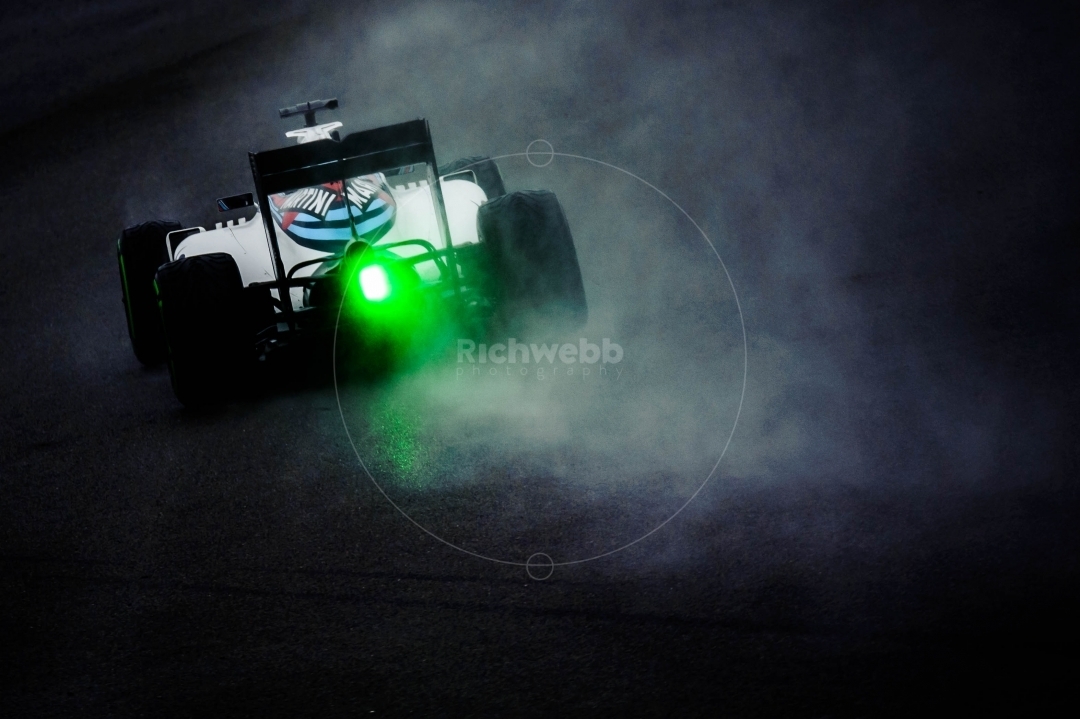 So, I practice panning at the fastest point of the track, as close as I can get. I even hit my lens hood on the fence a couple of times, which made me look like a right goose.

I crank shutter speeds as low as the light would let me. With the the sun dancing in and out, and storm clouds running races overhead, it was a tricky balance even with a filter on-board.

It rains; I seek out cover in one of the grandstands and find a new angle.

I get into some vertical panning; a technique I have seen many times and admired, but haven’t been able to pull off successfully. I even found some foliage to shoot through!

Even on the pit walk I manged to capture a few scenes. This was especially difficult, due to the melee of folks going nuts for a couple of display cars and desperate to grab an image of the the few car innards that were on display.

Taking an image without arms holding phones in was a test.

Hats off to Mclaren Honda, Mercedes Petronas, Sahara Force India and Manor Racing for allowing the hundreds of keen fans a glimpse.

Not so much the others, who unfortunately had shut up shop. F1 is a competitive game.

0 Thoughts on It was a test, right?