Welcome to the challenge of shooting my third Grand Prix.

Attempting to evolve your photography and technique, whilst battling against the random nature of the crowds and the obstacles that are present is a tough task, especially when the weather is also playing games.

But the annual F1 Grand Prix is a smorgasbord of opportunity, action and colour, that is too good to miss out on, and you have to make the most of this whirlwind.

This year was busy, more so than the 2015 festival, which witnessed a pretty laid back Friday practice, if you were there.

This years Friday session was considerably busier, plenty of spectators filling the grandstands as well as walking the track, which meant finding those precious angles and variety was more tricky than your usual trip to Silverstone.

It’s not that the angles aren’t there, but the unpredictability of the crowds makes capturing those images that much more tricky.

Patience is a virtue, but then you only have limited time; over the three days, there are approximately only 4.5 hours of on track action to shoot – not counting the race or qualifying when you are invariably in one spot – you pay a lot for those tickets, so images have to take a break at points as you sit back and absorb some world-class motorsport. 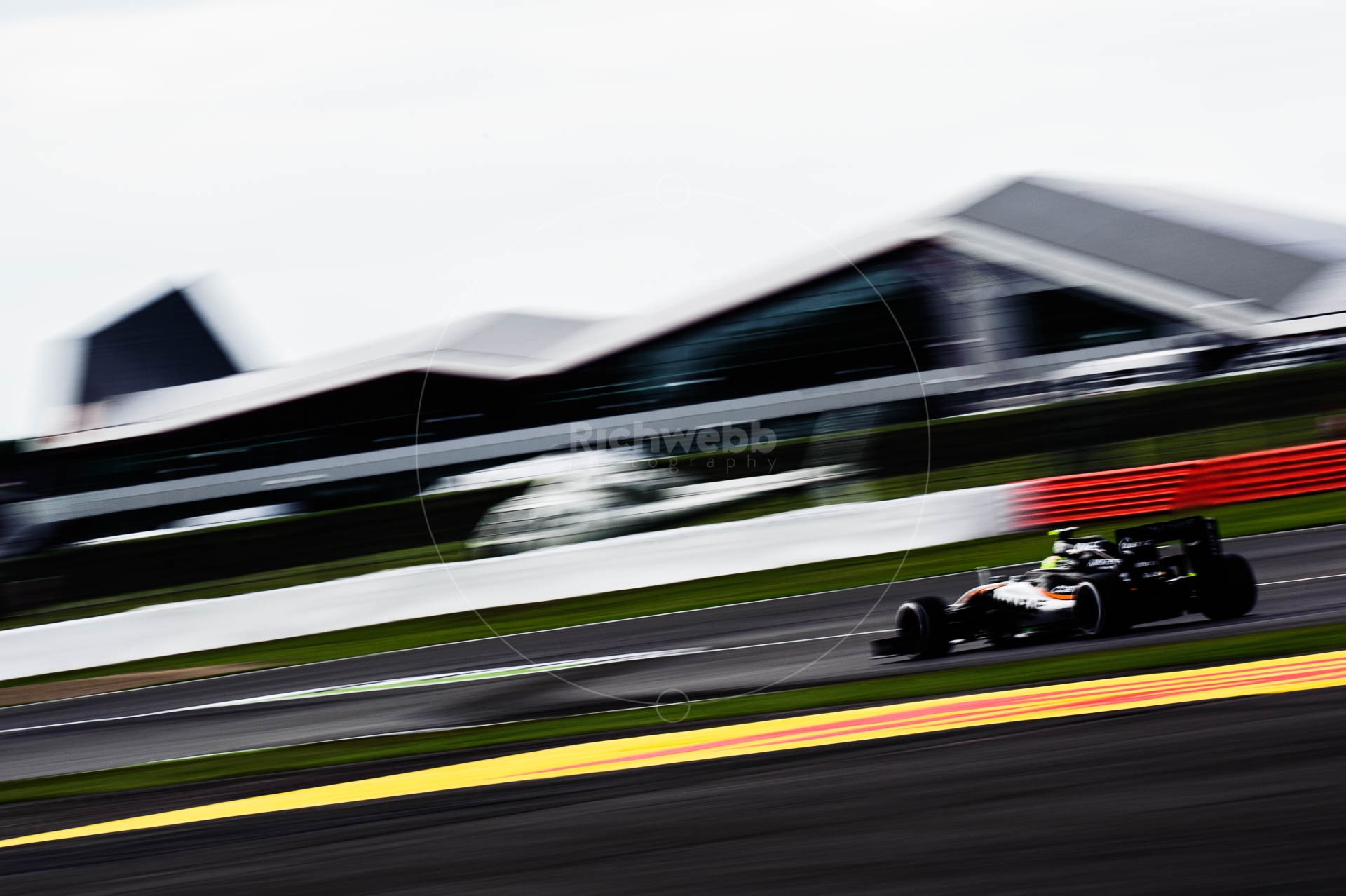 But being on the outside of the fence is not without it’s benefits, and with this being my third effort at shooting Grand Prix, I’m starting to appreciate the variety and unpredictability you may not get from being one of the fortunate media.

Sure being inside the fence would be nothing short of an amazing opportunity, with the access and proximity, but the point of view you get from the other side is certainly worth the effort.

The cars are sexy, colourful, stealthy and wonderful to watch.

Being in the crowd, shooting through legs and arms, making fences disappear or obstructions part of your images and trying to capture the atmosphere of the weekend is all part of the challenge, and hopefully enriches the images I have taken.

After all, it’s not just about the cars or crowd surfing…is it?

Personally, I had a wild weekend, and really enjoy going to the F1. The sport has taken a lot of stick over the last few years as people try and find fault in the series anyway they can which has resulted in some odd decisions being made by the big cheeses.

If you watch the races live, you can’t help but get drawn into the atmosphere, with the sounds, smells and multitude of folk all sporting some form of paraphernalia of their favourite team or driver.

The fact that one team is currently winning is par for the course; it’s happened consistently throughout the history of F1, and nobody apart from the opposing teams and fans moaned then too…you only sing when your winning I believe the phrase is.

The cars are sexy, colourful, stealthy and wonderful to watch.

The driving is second to none, and the noise is excellent; these cars sound angry (especially the McLaren) rasping and spitting those hundreds of horsepower into your ears. I love it and 139,000 odd people also think it’s pretty cool…or they wouldn’t spend the money.

Being lucky enough to witness Lewis Hamilton tame that beast of a Mercedes in qualifying as it squirmed out of Club for a record lap was nothing short of stunning.

But enough pandering to the F1 massive and time for some photography.

I hope you enjoy what is a bumper collection of images from my experiences the 2016 British Grand Prix.

1 Thought on A great picture is…