January 2014. In anticipation of the fast approaching F1 season, we decided to treat ourselves to some Grand Prix tickets and seats at Club Corner no less.

Excitement is not the word.

I’ve followed F1 over the years; I was very much into Nigel Mansell as a kid, and cheered on Damon Hill while he was behind the wheel. I will admit, I lost interest during the domination of Micheal Schumacher, but was back thank to the introduction of Lewis in 2008 and Jenson’s rise to the top in 2009.

Ever since then, I’ve watched avidly, and have thoroughly enjoyed just about all of it…bar Vettels whining when he doesn’t win or somebody challenges him.

So tickets to the Grand Prix were like several Christmasses all at once, and at totally the wrong time of year.

As I used to shoot a lot of free-skiing and snowboarding, I had some decent camera kit stashed away, that only really got used when on holiday, so this was a perfect opportunity to grab a few images to remember our motorsport initiation by.

Little did I realise at the time that it would be the start of something much more. 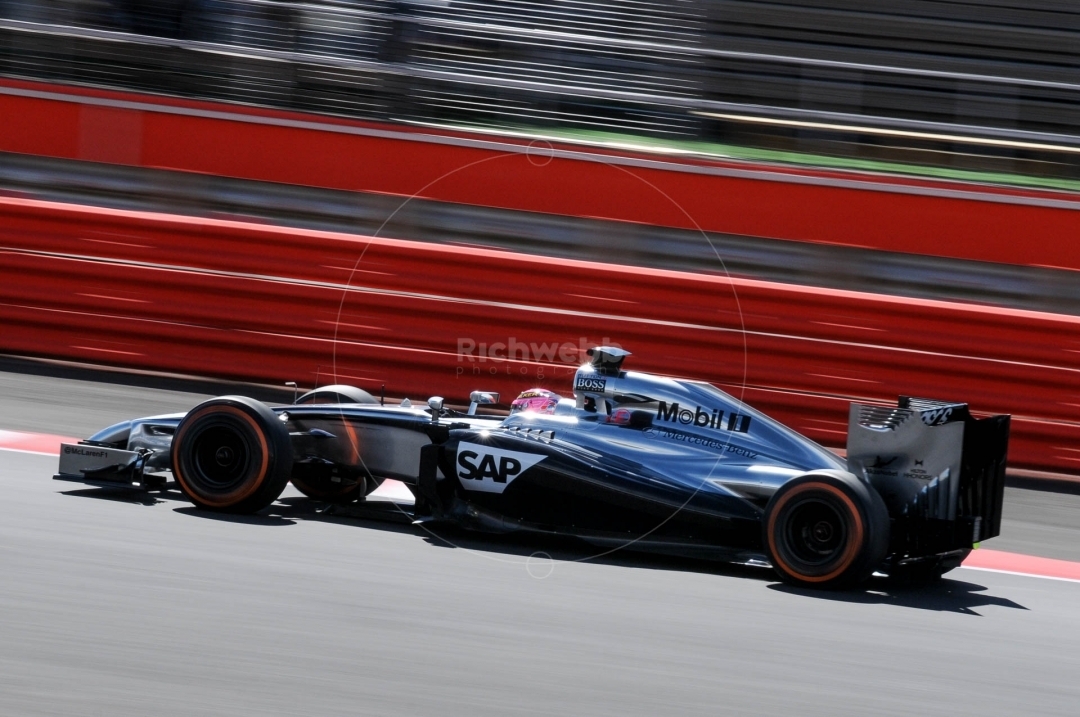 Remembering how I used to capture the action in the cold, I got stuck in.

I was super eager to get a shot of those silver Mclarens, and really went with one objective; if I could capture an image of JB, one that looked good, I would be made up.

So sitting ourselves in Woodcote on the morning of Friday first practice, I got snappy happy. Unsure if I had manged to get any images that would meet my “standard” I continued to fill up my 2GB memory card with a world of jpegs, full of experimentation and angles as we marched around the circuit in awe of the sights and sounds of the F1 circus.

Even then, I started to question how the professionals get so much blur, how they get so close to the cars and how their images are so crisp and vibrant. I was loving it, and didn’t really think at the time that it would turn into a more serious hobby.

Did I achieve my aim for the weekend, well that image you see up there a should answer your question,as I though it was a pretty good effort considering i was about the 30th image of any motorsport I had ever taken.

I hope I get to take a few more in the future!

0 Thoughts on Where it all started.