I had a good day on Sunday at the Silverstone 500.

In fact, this is one of the best days I’ve had shooting from behind the fence so far. I can’t explain why, nor am I totally pleased with the results (for which I shall explain) but for the first time in a long while, I’m actually sitting here typing this blog feeling pleased with my efforts.

I think it’s because on Sunday, I stopped trying.

You might think that a bit of a contradictory statement – how can I have stopped trying as I have still taken a gallery of images?

Well, yes, I didn’t stop trying, but I stopped trying.

Put it this way; if you put too much effort into something it can often go a bit wrong.

You have to be relaxed.

On Sunday, I actually enjoyed a watching the cars hooning the track. I walked miles and took many images. I experimented with angles, settings and equipment, visited spots around the track that I had done a few weeks a ago, but managed to get results I was pleased with, simply because I wasn’t worried about the results.

And while they aren’t amazing, amazing shots, I’m stoked with how they have come out as there are a few very different images in there. 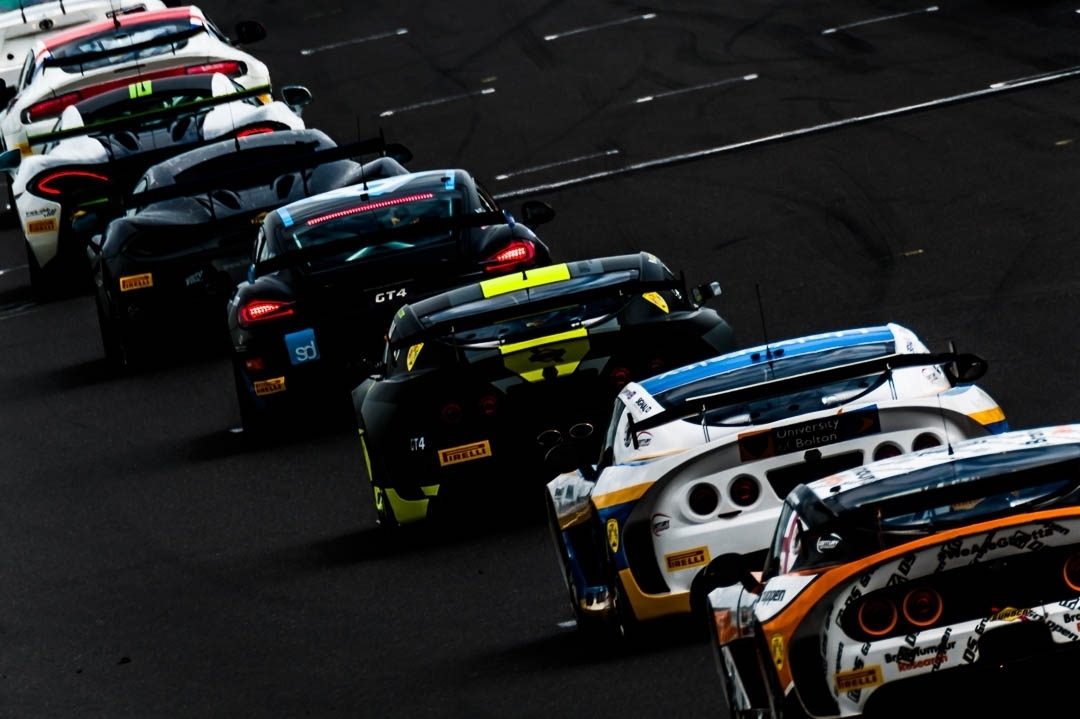 The grande field of cars help a lot, plenty of robust GT3’s and nippy GT4’s on the grid, meant a constantly circulating stream of subjects for the 3 hours of the 500, which is far more interesting to involve yourself with.

The pit walk at Silverstone was also pretty cool, and with cars sticking out of garages, enabling you to get up-close and personal, and a better all round presentation than what I experienced at Snetterton the other week. It simply added a little more variety, despite the charging hordes.

And charge they did. British GT is picking up the plaudits and popularity for sure, especially at this endurance event.

Busyness aside, I was relaxed in my shooting, and even took time to try get and to grips with technique and a teleconvertor that gave me a focal length of 1200mm.

That’s a telescope. Yes, it’s ridiculous, and manual focus, and very difficult to use.

I’ve tried to use it a bit in the past, but never for any real length of time. It’s a handful for sure, but opens up new angles and reaches even further beyond the fence. The image aren’t super crisp and finding focus is uber tricky, but like all things…stick with it, practice, and you begin to get your eye in.

Like I mentioned earlier, the frames I shot with it aren’t epic – but little steps.

On another note, recent experiments in shooting have revealed to me how a sensible choice of kit is important in producing the images you perceive and this week has confirmed to me that I have made a few poor decisions in purchasing.

But hey, you don’t know unless you have a go, right?

I hope you enjoy this collection of images from the Silverstone 500 2017!

0 Thoughts on Stop Trying Too Hard.