A few years ago, I made a decision to hire a lens that was far to advanced for my ability with the camera.

It was at the 2015 British Grand Prix, and following some advice, I made the bold decision to hire the monster that is a Nikkor 300mm prime.

I had no idea what it was capable of, didn’t really understand how to use it, but I looked like a pro, standing there with this lump of impressive glass cradled in my arms.

It must have looked the part, as I took comments from passers by;

“Look at the size of that lens!”

Why? Well, if I had had just a morsel of understanding, experience and ability to even extract a pip of what that piece of equipment was capable of, then I’d be two years further down the line from where I am now.

“Get any good shots?”

Yes, it helped me take some nice clear images…but really, it was just pushing a button.

Two years down the line and several thousand frames of experience and learning later…I’ve now acquired my very own 300mm prime lens.

This time it is not a punt.

It’s not a Nikkor either. Them suckers ain’t cheap.

Now it might seem a little odd telling you this, almost like a bit of a brag, but there is reason. Hear me out.

The reason is thus: I have learnt that such a piece of photographic equipment offers far greater flexibility for creative images, but that understanding has taken time.

Not only will it offer clarity, but it’s capability in dealing with different light situations, combined with it’s offering in creative freedom is far, far greater. Now, three years after I started taking motorsport images, I think I’m ready to step up and embrace the versatility equipment of this calibre offers.

My first taste was a lot of fun. 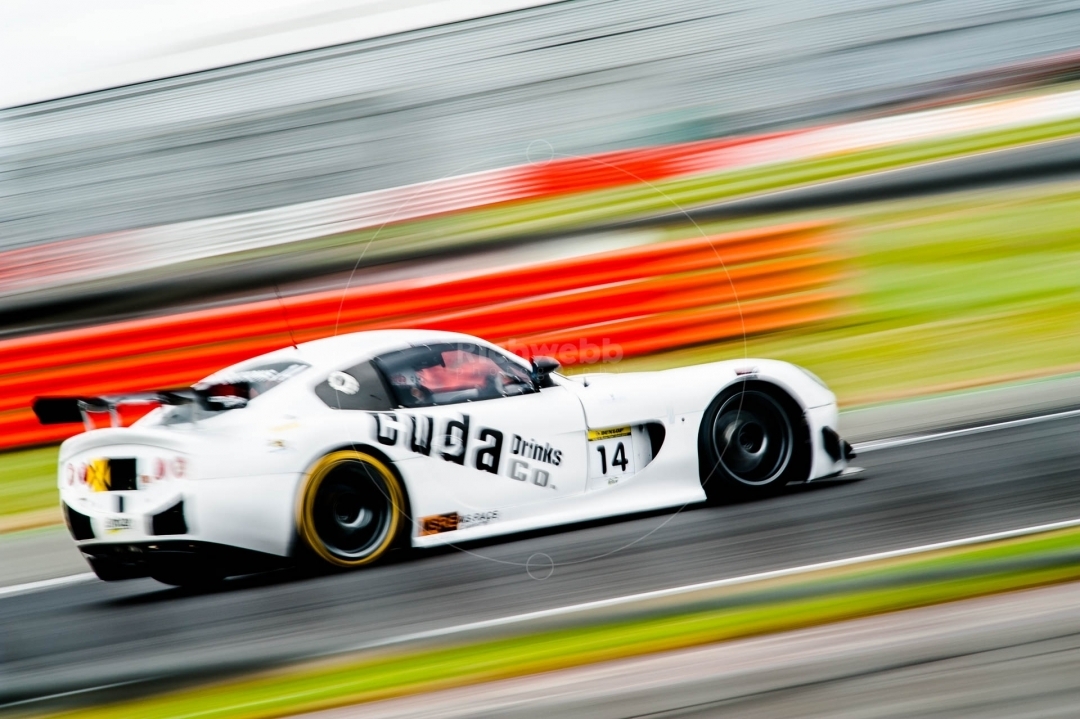 The Britcar leg at Silverstone was held on just the Saturday this time round, with practice, qualifying and three races held all on one day, two of them all at once.

I was hoping for another outing like we were treated to last season, with access to the Silverstone wing and the lovely variety of angles it offers, but no, National paddock it was.

Still, with a day of action and what I think was a 40 odd car grid (impressive for such a ‘small’ series ) there was plenty opportunity to shoot a wide variety of cars involved during some pretty competitive racing.

But that wasn’t the saving grace of this Saturday at the ‘stone.

Britcar has a fantastic attitude towards spectators, in that the paddock is well and truly open, as are the garages. Of course the popularity of the series isn’t huge, which allows them this freedom and interaction, but embrace it while you can I say.

Personally, I find it a bit odd wandering into the garages to shoot pics of the cars close up in unofficial capacity. I don’t like to take liberties or get in the way, because usually your not allowed within sniffing distance of these cluttered areas full of fuel and noise and profanity, but at Britcar, they actually invite you in.

I was almost dragged into the FF Corse garage by a driver of all people. That’s how open it is.

Not only did I get to use my new glass, but I was presented with some golden opportunity. I’d love to experiment more at this style of image; scenic, behind the scenes shots that are the essence of the action on track. When you are behind the fence and keen to make an impression, these opportunities have to be jumped on.

As for the new gear, I realise that this piece of kit is going to take some getting used to, but I’m ready to put in the time for even better results.

The surfing, as they say, is going to be good. I hope you enjoy my gallery.