And I’m back on it. After what felt like an eternity over the winter, my first opportunity for some 2017 photography cruised on into town. The Hankook 24hr.

I’m not going to lie; I missed shooting the events over the winter. I turned off for three or so months, resorting to recirculating older images on instagram and trawling my archives for the odd gem that may have snuck through the filters.

If I had been a little more vigilant, there were events I could have got to…Goodwood’s 75MM, some Rallye down at Brands, all would have provided perfect opportunity for further practice, but I missed them.

It didn’t occur to me that circuits are so dark when you turn off the sun.

So back to the familiar fences of Silverstone and the several hours of darkness. I’ve never taken images of race cars at night before; this experience was certainly one to savour as 24hr races don’t happen too often in the UK. Initially I was a little puzzled as to how I would handle it, especially behind the infamous Silverstone chain link. 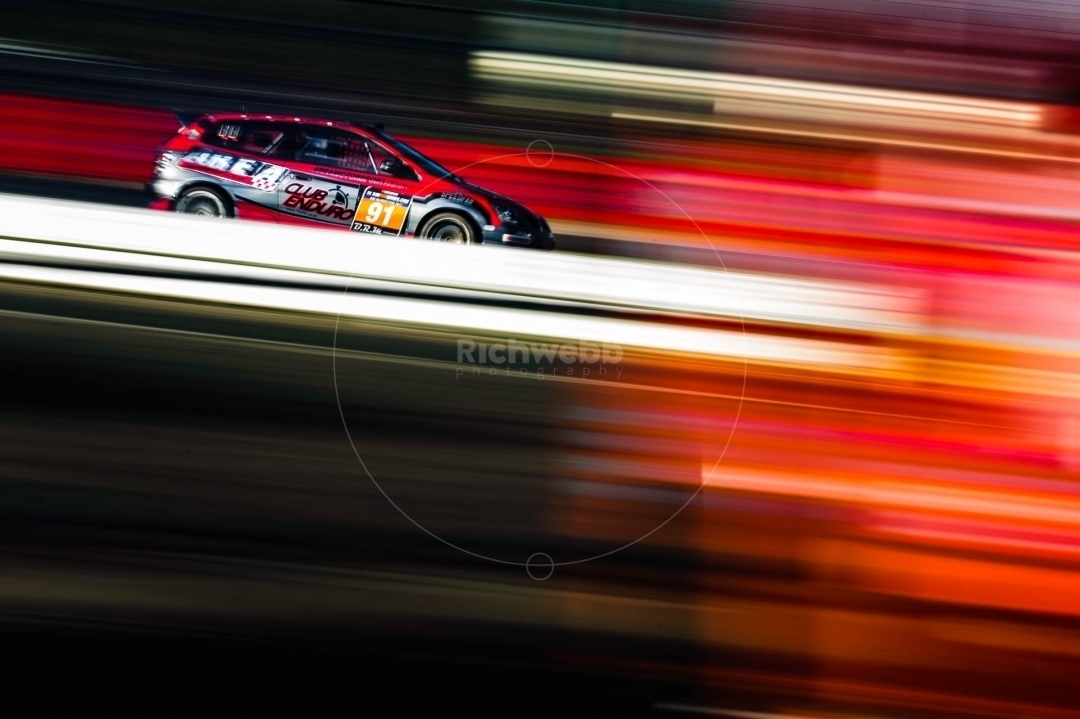 The event could be described as the opening to Silverstone’s season proper. The first international series of the year to grace the hallowed kerbs.

I missed the start, but that didn’t matter too much as it was the dark that I had come to experience, so used the time before dusk to get familiar with my cameras again – I didn’t realise until I started shooting that they had been reset  during the service they had been given over the break.

After fumbling about with my tools, I eventually got into the swing of shooting again.

I made a conscious decision over the winter to develop my photography this year, to look for a more adventurous, abstract style. So I began by looking for harder angles, more complicated pans and using more technical settings.

That was hard enough…but it got even harder as the light disappeared. It didn’t occur to me that racing circuits are so dark when you turn off the sun.

The only light out on the circuit was provided by the cars themselves, and of course, they don’t hang about for you. This was no Singapore Grand Prix…this was be careful you don’t trip on stuff.

The little light that was available around the pits was useful to a point, but the challenge then was to take a variety of images, without the same lights in them.

Then you had to find your focus. How do you focus when you can’t see? Cameras, and eyes for that matter aren’t that effective when you can only just see your feet, so improvisation was the name of the game, and after a bit of bumbling and experimentation, I was pretty stoked to see what appeared on the back of the camera.

The lack of visibility really made racing come alive…almost a sensual feast as I had to rely on sound and breif, intense bursts of moving light to select and frame shots.

You would hear the screech of a competitor loosing control then the eerie sight of tyre smoke through beams of directed light as others smashed through it. On. Off. On. Off.

A sure fire method of capturing your imagination. 24 Hour events are hardcore, in all aspects, and will be most certainly attended in the future. Great stuff.

But for now, please enjoy what will hopefully be the first of many images this season.

0 Thoughts on Painting with Lights.